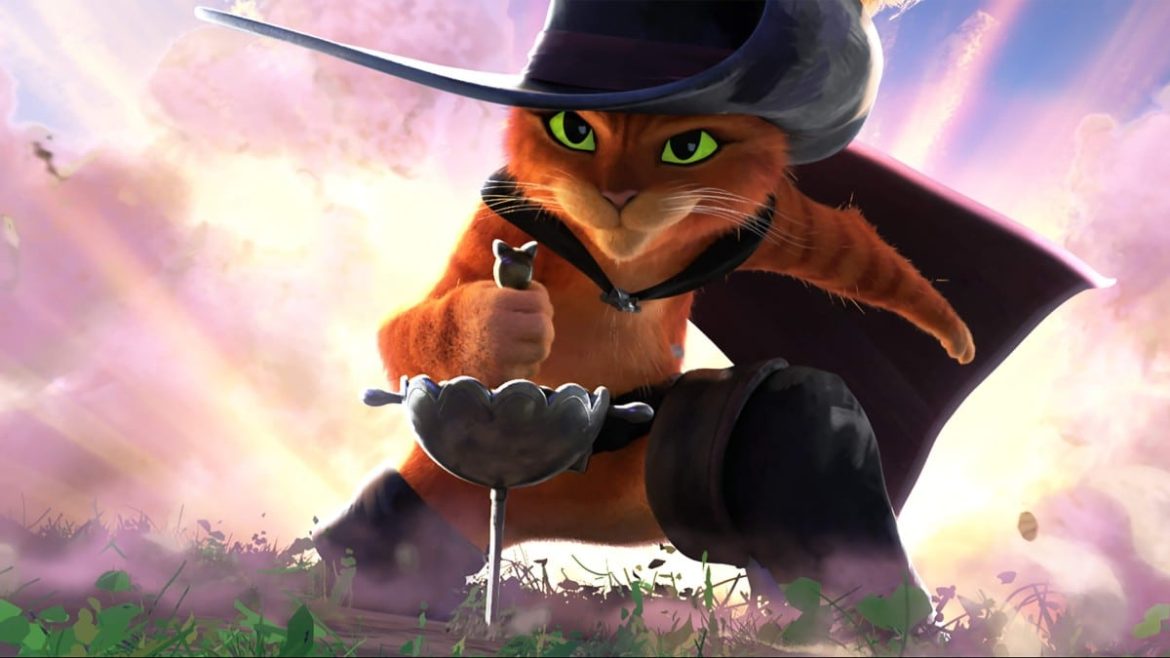 Puss in Boots: The Last Wish begins, it’s evident that this movie is aiming for a different vibe compared to not only the first Puss in Boots but the greater Shrek series as a whole. A visual aesthetic that evokes hand-drawn animation and rapid-fire editing summons memories of Spider-Man: Into the Spider-Verse or fellow 2022 DreamWorks Animation project The Bad Guys rather than Shrek the Third. Even the handful of pop culture references are more specific and idiosyncratic—Nicolas Cage’s take on The Wicker Man, for instance—than the very broad references the original Shrek movies became famous for.

Puss in Boots: The Last Wish isn’t necessarily here to reinvent the wheel, but it does carry an admirable ambitious streak that makes clear its desire to be more than a disposable disc in a DVD box set of Shrek movies. Such audacity ends up working far more often than not, making for a shockingly fun outing. Who knew a Puss in Boots sequel arriving more than a decade after its predecessor would be this enjoyable?

The prologue, which depicts Puss in Boots (Antonio Banderas) partying and fighting off a moss-covered giant, makes it clear that neither the boisterous nor the warrior sides of the feline swashbuckler have been diluted since we last saw him. However, this would-be feat of derring-do ends with Puss getting crushed by a bell, a development that leaves him dead. Upon a trip to the doctor, the furry protagonist is reminded that, like all cats, he’s got nine lives, but after his most recent demise, he’s only got one left. Suddenly, a cat that had previously been full of courage is now incredibly conscious of his vulnerability.

After this, Puss gives up his vigilante ways and resigns himself to being an ordinary housecat. However, the discovery of a magical wishing star gives him renewed hope that he can wish for more lives and get himself back on his feet, er, paws. Of course, Puss isn’t the only one looking for this star. Competing parties include former lover Kitty Softpaws (Salma Hayek), crime boss Goldilocks (Florence Pugh) and the three bears she calls family, and the malicious “Big” Jack Horner (John Mulaney).

The original Shrek movies weren’t devoid of slower or sad moments, as anyone of a certain age who was introduced to Leonard Cohen’s “Hallelujah” by a mournful ogre could tell you. But Puss in Boots: The Last Wish admirably differentiates itself from its predecessors by delving deeper into pathos. Its emotional beats are based on grappling with existentialism and the looming presence of death. There’s an especially interesting tinge of darkness to the scenes involving Puss’ interactions with an ominous figure known as the Big Bad Wolf (Wagner Moura). Their exchange in a bar echoes not the sappiness of Shrek Forever After but quietly eerie sequences involving Ray Wise in the third season of Fargo.

This willingness to go a little deeper into Puss’s existential crisis makes for the best moments in Paul Fisher and Tommy Sewerdlow’s screenplay, such as Puss having a panic attack while fighting adversaries. This detail also opens up the door for The Last Wish to embrace the darkness in other key aspects of its story, such as its comedy. There are a lot more disposable goons unceremoniously dying than you might expect, often to visually amusing effect (one poor henchman gets reduced right to a skeleton, for instance), while the backstory for comic sidekick Perrito (Harvey Guillén) rides a fine line between bleak and darkly humorous. Bright colors may fill the screen, but there’s a consistent ominous aura throughout The Last Wish, even in its silliest scenes.

Speaking of colors, Puss in Boots: The Last Wish also stakes out its own identity through its visuals, which are much more stylized than prior Shrek adventures. The ogre and his comrades largely inhabited realistic-looking domains, but those have been set aside here in favor of zanier environments. Bright colors abound, and locations like a fantastical forest that can change its entire appearance on a dime are rife with lovely stylized touches that an aesthetic devoted to realism would miss out on.

The fluidity and cartoonishness of its images make Puss in Boots: The Last Wish an extremely engaging enterprise visually, particularly when it leans into invoking the feel and appearance of hand-drawn artwork. If there’s any downside to the animation, it’s that the budget-conscious nature of this production is distractingly apparent in the appearances of certain textures like human skin or animal fur. Even if it’s not as flawless looking as Spider-Man: Into the Spider-Verse, though (a high bar to clear), The Last Wish is still commendable for charting out a unique visual aesthetic within the Shrek series.

The animation is overseen by director Joel Crawford, a DreamWorks Animation veteran who previously helmed The Croods: A New Age. His filmmaking sometimes struggles to properly balance the over-the-top comedic aspects of the feature (namely the abrasive comedy of “Big” Jack Horner) with its darker elements. For the most part, though, he’s got a solid grasp over the simultaneously wacky and existential picture. It’s especially—and quietly—impressive that Crawford makes this version of Puss consistent with the multiple prior appearances of the character without jeopardizing his unique vision for The Last Wish.

That vision offers excitement to keep children entertained without condescending to them about heavy matters like death. Kids’ entertainment isn’t just a babysitting tool, it can also introduce youngsters to very weighty concepts. It’s a welcome sight to see Crawford and company realize that truism, especially on a project that could’ve just been a hollow cash grab. Puss in Boots: The Last Wish didn’t need to be this fun or visually stimulating. Thank goodness it is—the result is the cat’s pajamas.