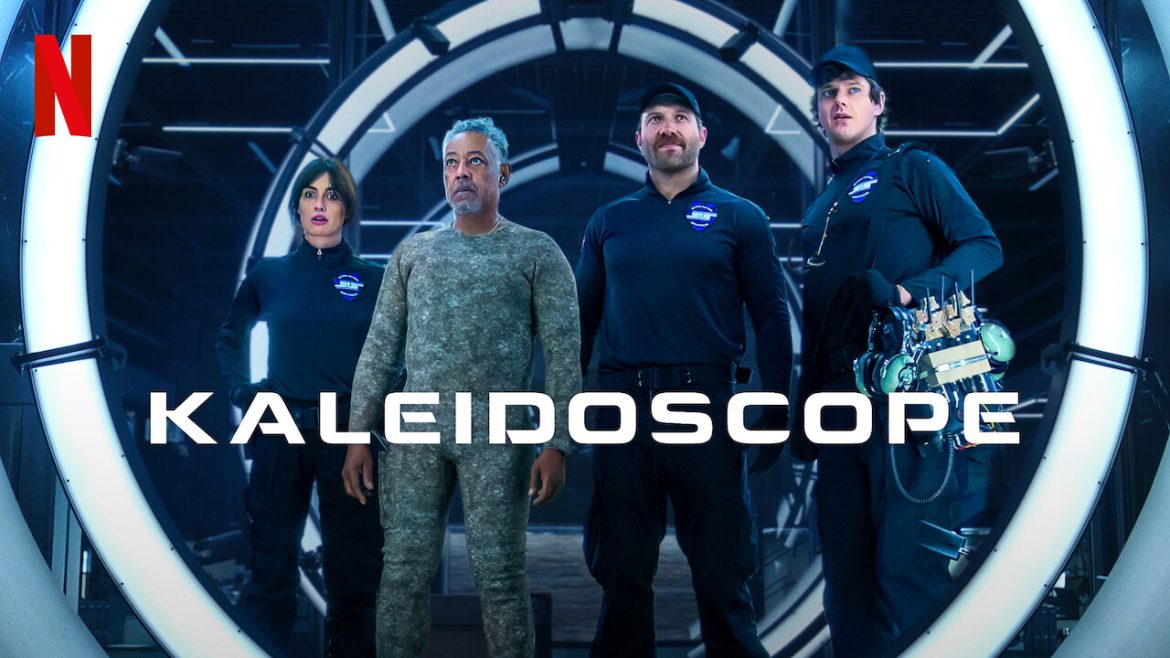 Netflix has never been shy about putting experimental TV on its platform, as seen with interactive specials like “Bandersnatch.” Now, the streamer is playing with the medium’s episodic format with “Kaleidoscope,” a new anthology series set to premiere New Year’s Day.

“Kaleidoscope” is loosely inspired by a real-life story of $70 billion in bonds gone missing in Manhattan during Hurricane Sandy, focusing on a group of thieves as they undergo a multi-decade-long plan to pull off the perfect heist on a seemingly unbreakable vault. The first season features eight episodes, with each installment bouncing around a 24-year timeline from when the crew’s preparations began to six months after the heist day itself.

Uniquely, with the exception of the finale — which depicts the actual heist itself — every episode of the series is designed to be watched in any order, and the show randomizes the experience so that each viewer sees the series in a different chronology. Rather than being labeled Episode 1 or 2, the different installments are named after colors — hence the “Kaleidoscope” title — and the point at which they land on the series timeline.

“Kaleidoscope” stars Giancarlo Esposito as Leo Pap, the leader of the crew, with Paz Vega, Rosaline Elbay, Jai Courtney, Peter Mark Kendall, and Jordan Mendoza as his loyal group of thieves. Rufus Sewell plays the main antagonist, former thief and corporate security worker Roger Salas, who leads a team of his own consisting of Tati Gabrielle, Soojeong Son, and Hemky Madera. Niousha Noor and Bubba Weiler round out the cast as FBI agents Nazan Abassi and Samuel Toby, who are assigned to investigate the thieves.

Eric Garcia, best known for writing the screenplay to 2010’s “Repo Man,” which was based on his own book of the same name, created “Kaleidoscope” and showruns and executive produces the series. Ridley Scott executive produces with David W. Zucker, Jordan Sheehan, and Clayton Krueger for Scott Free Productions. Additional executive producers include Russell Fine, Garrett Lerner, and Fred Berger, Brian Kavanaugh-Jones, and Justin Levy for Automatik Entertainment. The series is directed by Fine, Everardo Gout, Mairzee Almas, and Robert Townsend.