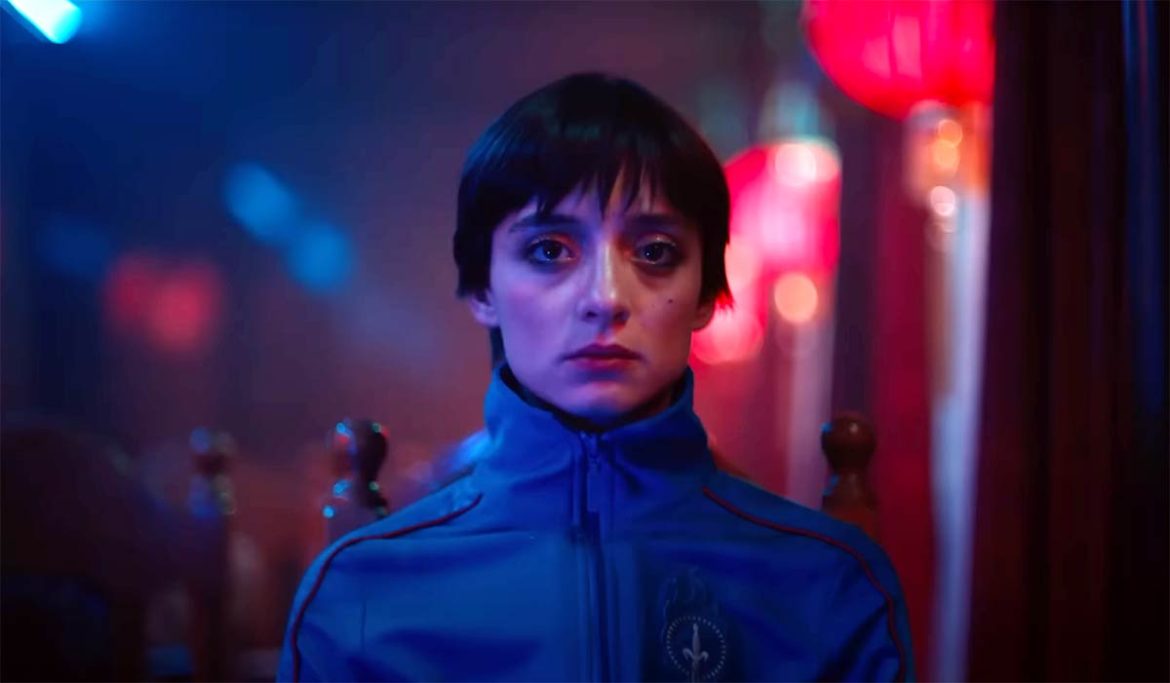 A pandemic and the closure of cinemas didn’t stop Cannes Film Festival-winning Nicolas Winding Refn from creating, the Drive filmmaker hunkering down with his family to make the new noir Netflix series Copenhagen Cowboy which drops on Thursday, January 5.

The six-episode series follows Mui, a lone wolf protagonist much like the crime crusaders in Refn’s repertoire, i.e. Ryan Gosling’s Driver in Drive and Julian in Only God Forgives, and Mads Mikkelsen’s Tony in the director’s Pusher franchise. Known to possess a gift, Mui is bought as a “lucky coin” to help cure a much older woman’s fertility problems.

As Mui sees, she’s all evil and she needs to clean house,” explains Refn as the protag is thrusted into a gangster underworld that spans Copenhagen’s Serbian and Asian crime families.

Having done a trilogy of masculinity, in a way it was a natural evolution into the femininity,” Refn says about his creation of the kick-ass Mui, a superhero in his eyes.

We were stuck in Denmark during the pandemic and I really didn’t know how the world was going to turn out,” Refn tells us on Crew Call, “I came up with the concept of what I wanted to do. Netflix Nordic had been established. Once they heard I was thinking of extending from the Pusher trilogy into a new narrative, they came on board.”

“I gave them a number, and they’re like ‘OK, we’re in’” says the filmmaker who cracked the show with a female writing staff over five months.

Refn’s wife, Liv Corfixen, executive produced the series, and his two daughters, Lola and Lizzielou, star in it.

Given Refn’s magnetic blue, purple and red style and seductive, keen thrill storytelling, would he ever make a superhero movie for Hollywood? Still would he ever cross over to the dark side of tentpoles.

I’ve always cherished my independency. I think waking up in the morning and going to work and paint the way you want it to look and go home, is still the most satisfying experience ever. For me,” he tells us.

“If you don’t have the power of control at the end of the day or the ability to manipulate into your favor, it is committee. You have to spend your entire day struggling to get a compromise across, then what example am I to my own kids?”

“Hollywood is very seductive and intoxicating, but it’s also a system that’s falling apart desperately. And I think they’re doing it to themselves more than anything else. Who knows? I would love to make something grandiose and big, but I would want to maintain my freedom, my impulse and creative control.”

Copenhagen Cowboy reps the second streaming series Refn has made following 2019’s Too Old To Die Young from Amazon Studios. The last feature he directed was 2016’s fashion horror movie, Neon Demon, starring Elle Fanning. Refn, despite his embrace of streaming, hasn’t turned his back on the big screen.

“The theatrical market is in its own re-definition of existence,” he tells us, “For cinema to survive, we need to go back and make films again. There also needs to be an ecosystem that reflects the opportunities.”

He then adds, “I think I’m going to make a movie next year.”

Could Drive still be made today in today’s theatrical marketplace? Refn addresses that as well today.